The Aliens Have Landed 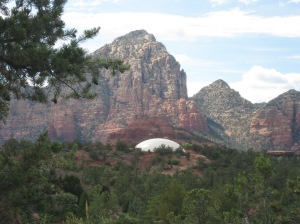 Sedona, where I live is well known for aliens and for UFO sightings. Personally, I’ve never seen an alien or a UFO. I guess they don’t hang out on my trails.

But this time the evidence is clear. There is no doubt about it. The aliens left one of their UFOs behind. They just parked it and left it. It’s been hanging around for days now.

What if they went on a hike and got lost? I could go sniffing them out – but what does an alien smell like? I guess I could sniff until I smell something I don’t recognize. That would be the aliens.

Whatever they’re doing, I guess they’ve been doing it for too long because my person told me their spaceship collapsed.

This could be really serious because that means those aliens are living here now. And if I ever run across them I’m going to have to teach them a few lessons.

The first lesson is that every dog you meet must be given treats.

The second lesson is – oh, I forgot. Just repeat the first lesson over and over again. 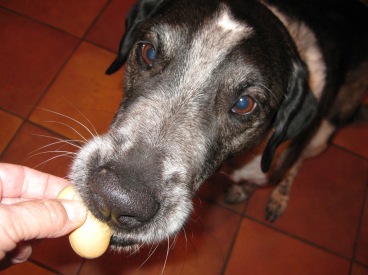 27 responses to “The Aliens Have Landed”