Somebody is having a party on my trails.

I found this can on my trails and it says Party right on it.

What person? I thought you said that word was Party.

I don’t get it. How can it say Party if it doesn’t say Party?

Whatever that language is, I’m going after those partiers. The nerve of those people, having a party on my trails without inviting me.

Which way did they go? They must be close by. I bet they left when they heard us coming because they didn’t know it was me.

Maybe if I get my party hat they’ll come out.

Hey, check this out. Those partiers didn’t leave at all. They’re right here. 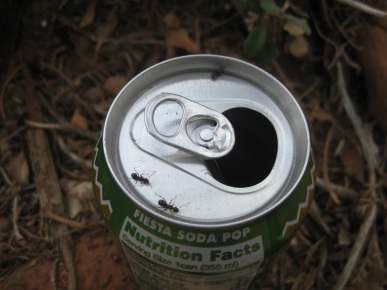 I sure hope they clean up their mess when they’re finished.