RSS
← The Great Escape
Could I Just Have My Treats? →

Some of my friends in the eastern part of the States have had a visit by someone called Nemo. Nemo seems to like snow because he brought a lot of that with him. The people there are buried in snow, but some of my dog friends are having a great time playing in it.

I thought it would be  fun to have some of that snow to play in, so I went out to see if Nemo had stopped by here.

Nemo, you might want to try some of mine. It works pretty good.

I figured Nemo was getting pretty close if he could shake his head and have stuff land here so I went looking, but I didn’t have much luck. 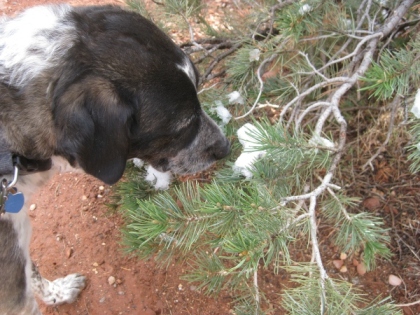 Nemo, are you hiding in this tree? I think you left something behind.

Wait a minute. I think I found something. 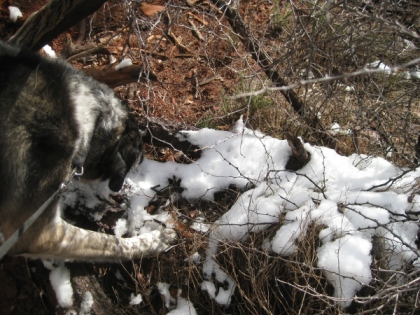 This is no good. I’m very jealous of my doggie friends that have all that snow to play in while I’m having no luck.

I’m lucky I can’t find Nemo? Why would you say that?

If anybody out there sees Nemo, could you tell him to stop by and see me, and bring some of his snow? And not just what he shakes out of his head either.

I mean it. I’m really serious about finding Nemo.

P.S. My person and I send our prayers to everyone who is digging their way out of the storm.

← The Great Escape
Could I Just Have My Treats? →