Where are they? I know I heard them talking. I even caught a glimpse of them, but now they’re not here.

Where did they go?

I saw them, I know I did. Those litter bugs that were here the other day. The ones whose trash I had to carry to the garbage can.

I’ve got to find them and give them what for. They even left some more trash behind.

They’ve got to be hiding around here somewhere. I bet they saw me coming and knew they were in for it. As soon as I find them I’m turning them in to the Litter Police – after I give them what for, that is.

I’ve looked everywhere and I can’t find them anywhere. I guess they’re better at hiding themselves than they are at hiding their litter.

I’d better head home and look for them another day. 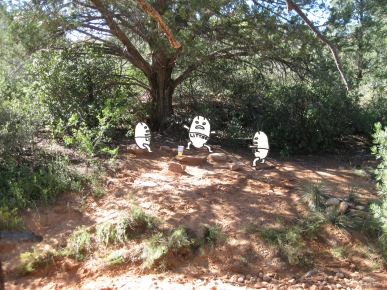 I know they’re out there somewhere.

35 responses to “Looking for Litter Bugs”