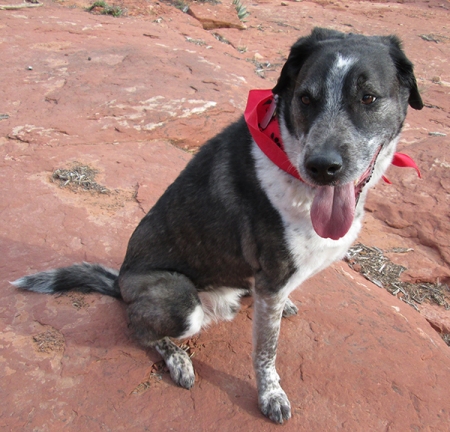 I’ll be out celebrating all day.

Watch out, you pesky squirrels. Here I come! 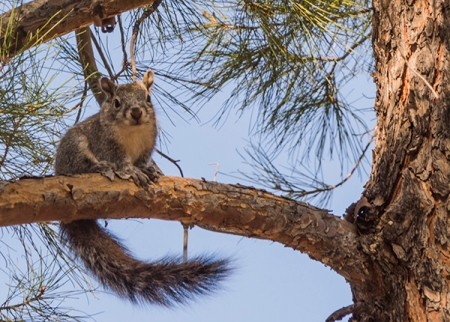 Some creatures are so nervy.

I was minding my own business today, being the perfect dog that I am, when a squirrel took over my tree and started chattering.

Not only is that squirrel hanging out in my tree, but he’s trying to taunt me with food.

I see that treat he’s hiding in his mouth.

He knows I see it too.

I know how those squirrels think. 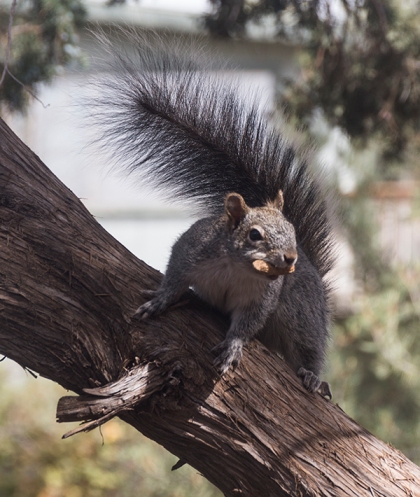 See, that squirrel’s got a peanut in his mouth.

And he’s not even going to try to hide it anymore.

He’s going to flaunt it.

He’s hoping I’ll get upset and try to go after him for his peanut.

But I’ve got other plans up my sleeve.

You might as well give up you pesky squirrel.

I’ve got your number.

So just to show that squirrel that I mean business I’m going to get my own treats.

I went out into the kitchen…

And I ate the squirrel.

Somebody left something for me on my front porch?

And I bet I know who left it here too.

The one that hangs out around here and gives me a bad time.

The one who stole my Christmas lights. 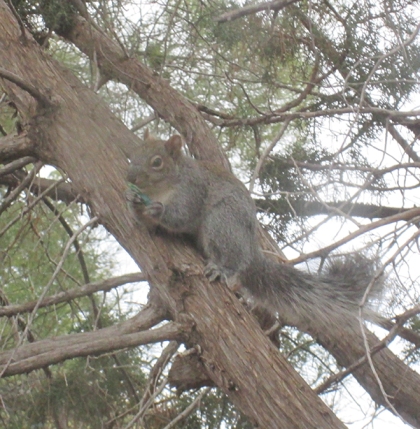 I bet that pesky squirrel thinks I’ll forgive him since he left me these peanut shells.

I bet that squirrel thinks he can trick me into being his friend.

But I know better than that.

He’s using my porch as a place to dump his garbage and trying to make me feel happy that he’s doing it.

But that pesky squirrel can’t fool me.

He would have left me the peanuts!

I went out in my yard today as innocent as can be.

All I wanted to do was play with my Frisbee.

Oh yeah, and take care of other things too.

When all of a sudden my attention was drawn upward.

Do you believe it?

This pesky squirrel was sitting on a wire staring down at me.

And we sat there having a staring contest.

I’ll get that pesky squirrel yet!

At least I won the contest.

Ran on down the wire.

To eat that is.

That squirrel ain’t no chicken.

Scaredy cat. That’s what he is! 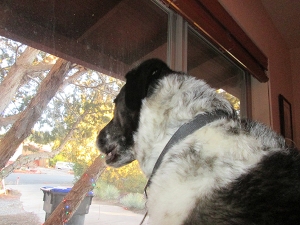 I know I’m not supposed to be on the couch, person – but look!

Just look at what that squirrel’s doing.

Right in front of my eyes.

We’ve got to stop him.

Let me at him, person.

He’ll steal them all if we don’t stop him.

That squirrel’s got it in his mouth and he’s running off with it.

How can you let him get away with that?

Person, that squirrel stole one of our Christmas lights!

Right off the tree outside.

I was watching and he didn’t even care.

He just kept working at it until he got that light loose.

Well, if you’re not going to do anything person, I will.

And I’m going to get all my friends to help. 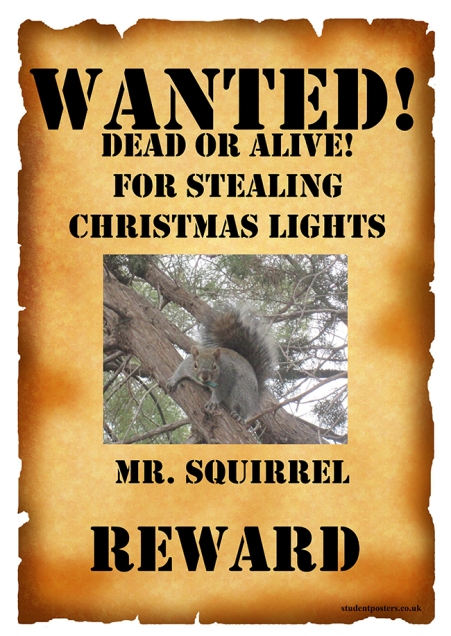 I’ll get that pesky squirrel if it’s the last thing I do. 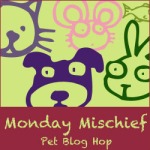 Alright where is it?

Where is that pesky thing?

I know it’s around somewhere.

It dropped its evidence right down here.

I’m going to get that thing.

This time I’m really going to get it.

I’m going to wait right here until it comes back for this thing it dropped.

And it won’t have a chance.

It’s usually up in a tree laughing at me.

Or running across a telephone wire.

No trees or wires to run to safety to out here.

That creature made its last mistake.

It could have eaten this thing right where it was.

But it brought it way out on my trails instead.

And now it won’t have a chance.

Nothing, nada, nobody is showing up. 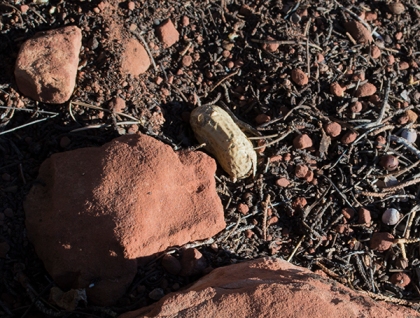 I guess that pesky squirrel forgot all about the peanut it dropped. 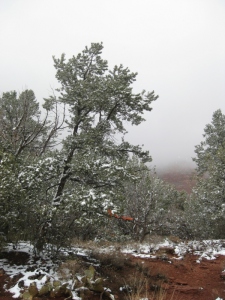 The other day my person and I were walking along my trails. It was a snowy kind of day. Not enough snow to be good for playing in – just enough to wash the color out of everything.

And then I saw it. Brightly standing out. Right at the point where my person and I usually turn around and head back for home. You couldn’t miss it in all of its orangeness. A ribbon tied to a tree. It hadn’t been there before.

I puzzled about that ribbon on our way back home. We were almost to the end of the trail – when there it was.

That ribbon had beaten us back home. And now it was tied to another tree. And it was almost as if that ribbon was trying to tell us what to do. Turn around here. End your walk here.

I am not going to follow a ribbon. Orange or otherwise. I just won’t do it.

If that ribbon thinks it’s going to tell me where to go, I’m going to go a different way. I’ll turn around at a different place, and I’ll find a different ending of my trails to come out on. No orange ribbon is telling me what to do.

Now’s my chance. I’ll wait until those pesky squirrels run by, and I’ll stick my paw out and trip them. Every last one of them.

And then I’ll give those squirrels what for to make up for all the times they’ve been hanging out in trees harassing me.

I wonder if I could get that orange ribbon to lay out a different course. Maybe between two trees closer together with bare ground in between.

I hope those squirrels obey orange ribbons better than I do. 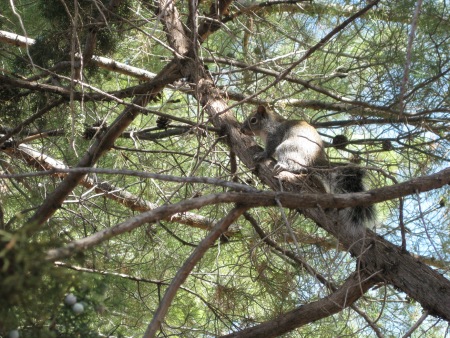